Michelle Hirsch Recognized as a 2014 Woman of Professional Excellence 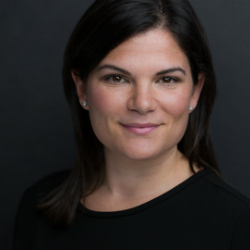 We are proud to announce that Michelle Hirsch, Vice President of Brunswick Companies, was recognized as a Woman of Professional Excellence at the 38th annual YWCA Women of Achievement Luncheon on Monday, May 12th, at the Grand Ballroom of the Renaissance Cleveland Hotel.

The Women of Professional Excellence award recognizes women who uphold high professional standards, seek to make significant contributions in their organizations and place a focus on mentoring, volunteering and making a positive impact on their community.

Michelle holds an MBA from Case Western Reserve University’s Weatherhead School of Management and has been with Brunswick Companies since 2004. In 2008, then Michelle Stein was recognized by Crain’s Cleveland Business as a “Twenty in Their 20s.”

Congrats to all the award winners for what they’ve accomplished!